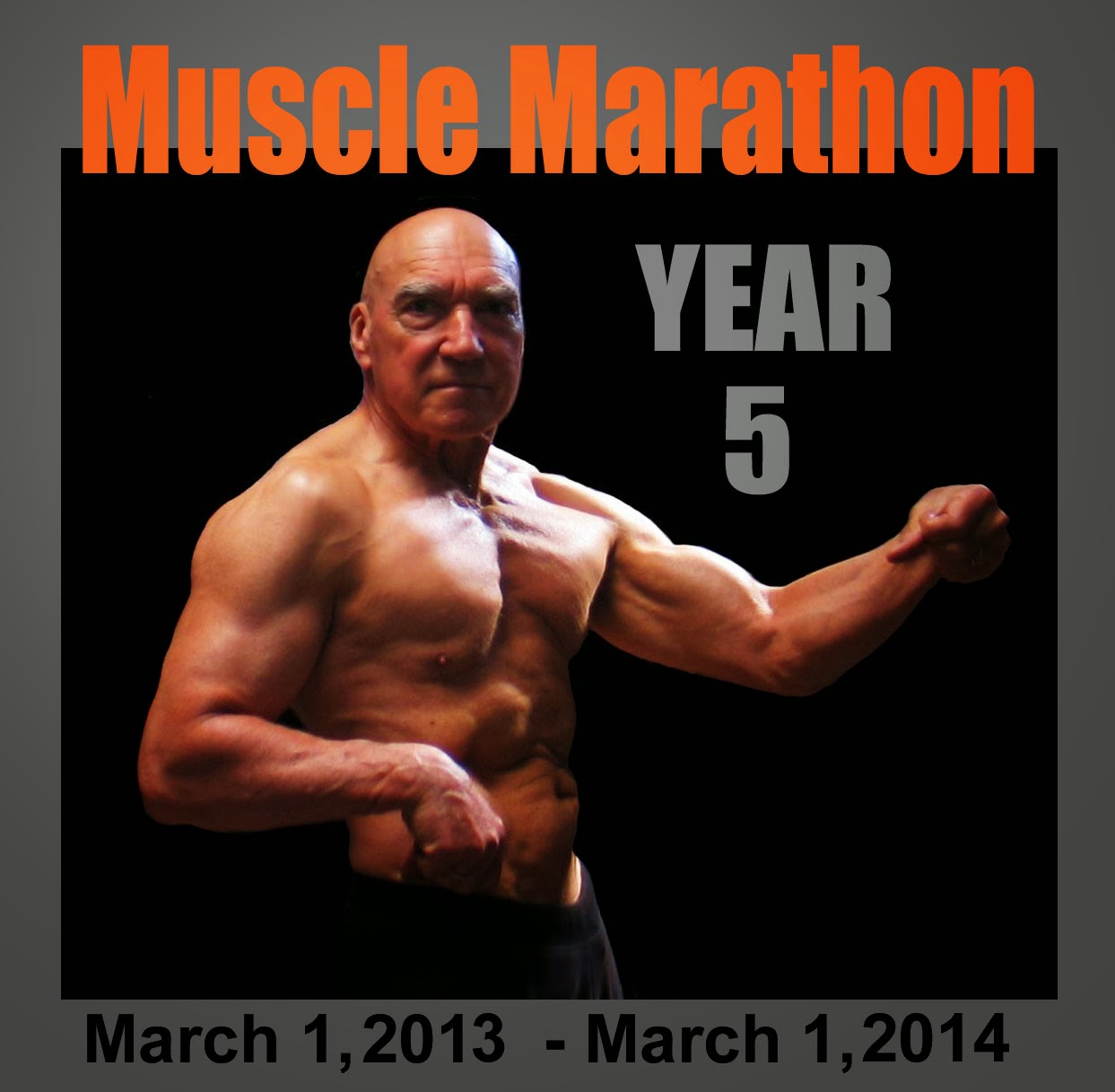 The Physical
In year five my workout regimen has stayed much the same as it was in year four, working all muscle groups with extra work on upper chest, lats, and abs.  My gains for year five have been minimal.  However, according to a 1993 report in the US National Library of Medicine National Institutes of Health (Rogers MA and Evans WJ), “There is an approximate 30% decline in muscle strength and a 40% reduction in muscle area between the second and seventh decades of life - the loss of muscle mass with aging appears to be the major factor in the age-related loss of muscle strength.”  So considering that normally a man my age (77) would have lost, and would still be losing, muscle mass and strength at an ever increasing rate I consider even minimal gains as positive
My diet has changed a bit since year four as I have cut my added protein by 1/3.  I now only add 25 grams of whey isolate protein to my breakfast and lunch.   I have been pretty much pain free for the entire year with the exception of some minor arthritis flare-ups in my hands from time to time.  As my workouts have become stabilized and my routine pretty much fixed I have been able to change my emphasis from the physical to the spiritual with the hope that at the end of my marathon I will have gained some spiritual wisdom as well as maintained some physical strength.
Re-configuring My Gym
In June I built a Buddha shrine for the Les Blank memorial that was held in Berkeley, CA.  When the memorial was over I removed the shrine and re-installed it in my Gym. I wanted to change the look and feel of my training space.  http://www.youtube.com/watch?v=-IevPqPxJ-A
Seeing a representation of the Buddha during my workouts keeps reminding me of the discipline and focus needed to move to the next level of self-awareness.  It has also changed the way I approach my training as well inspired me to venture into a new style of painting.
Bamboo Painting and Chinese Calligraphy
Bamboo painting has been very popular in China from the beginning of the Sung Dynasty (960 – 1279) to the present.  Beyond form and color bamboo encompasses the virtues for which Confucius and other Chinese philosophers strived for:  Bamboo is hollow (empty-hearted, standing for the virtue of humbleness).  The nature of bamboo is to be straight (standing for the virtue of rectitude).  Bamboo’s joints are clear-cut (like the virtue of chastity).
It is said that if upon seeing a bamboo painting one says there is nothing there but bamboo then one really does not understand bamboo nor does one understand the painter who painted it.  In bamboo painting one can find the essence of true art.
The Spirit of the Chinese Character
In the book, The Spirit of the Chinese Character, it is written: “The ancient Chinese penned characters as a means of spiritual elevation, for it was considered possible to express the essential spirit of the universe through brushwork.”
I have been practicing writing Chinese characters for some time now and although I am not at all proficient in the Chinese language I manage to get some of my poems or aphorism’s roughly translated through Google so that I can add them to my ink bamboo paintings.  Like the English words that I saw on stores in China under the Chinese signs, though not always a strict word for word translation they did give me a feeling of connection.  For me it is the act of painting the characters and the essential spirit within that is important not the correctness of the wording.  I add them to my bamboo paintings as a way of connecting myself to the spirit of Chinese master bamboo painters of the past.
I am hoping to gain the spiritual lessons contained within the act of painting bamboo and doing Chinese calligraphy.  I’m hoping it will strengthen my resolve to become a more spiritual artist.
As I said, after four and a half years of emphasizing the physical I now want to start emphasizing the spiritual.  Return here next year for year six summery to see where this spiritual/journey is taking me.
Just as “spirit”, or “energy”, creates all living things in the universe, so too the human spirit creates art. 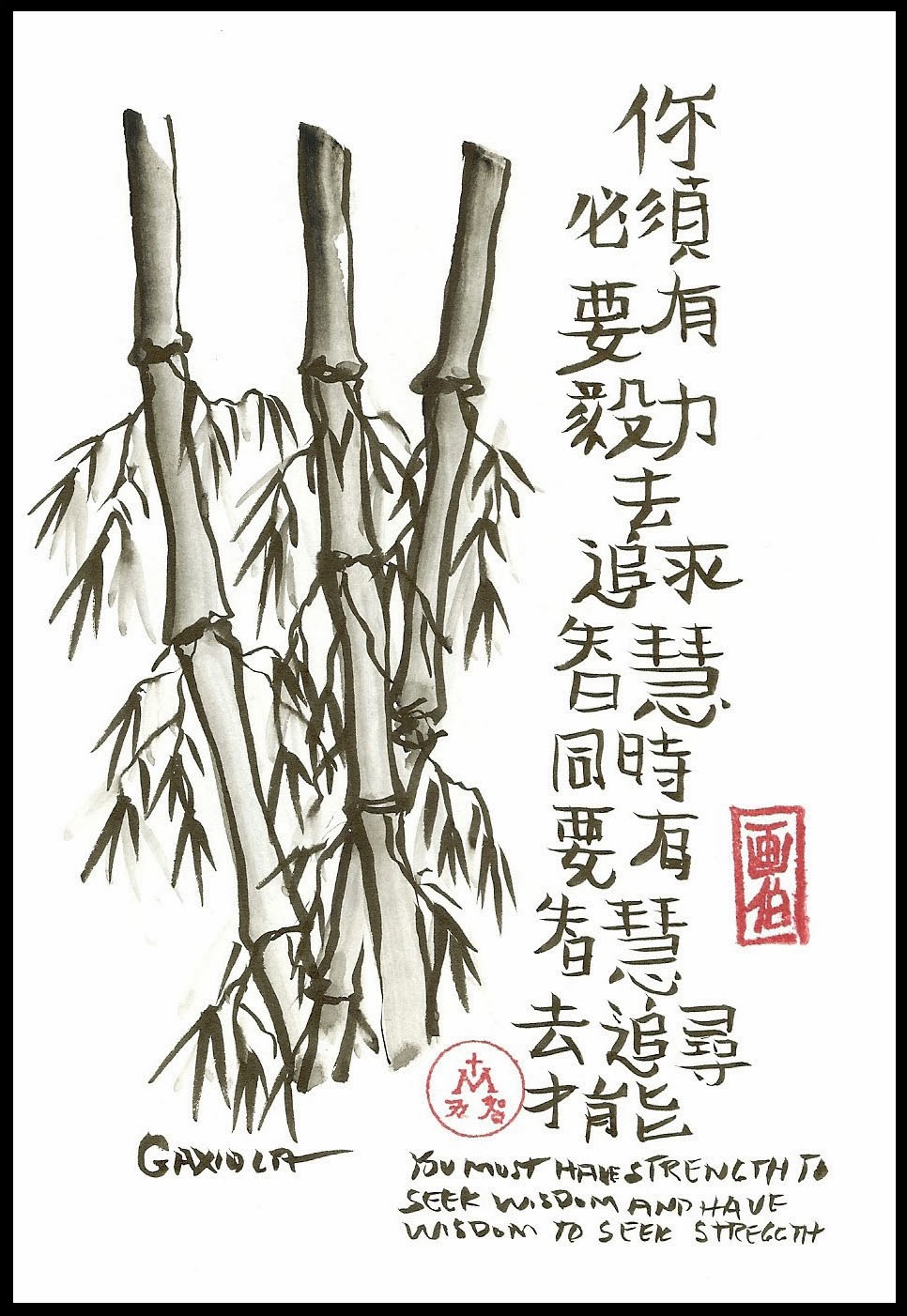 As I enter the last two years of my marathon and shift my focus from the physical to the spiritual I thought a visit to Muscle Beach would be fitting at this transitional point.  So in December my wife and I made a pilgrimage to Muscle Beach in Venice, CA.  I have always wanted to visit this mecca of bodybuilding to see the place where all the greats of bodybuilding’s golden age trained.    I saw plaques honoring the greats who have all trained there: Larry Scott, Jack Lalanne, Arnold Schwarzenegger, Bill Pearl, Don Howorth, and many more.    I enjoyed my visit very much. 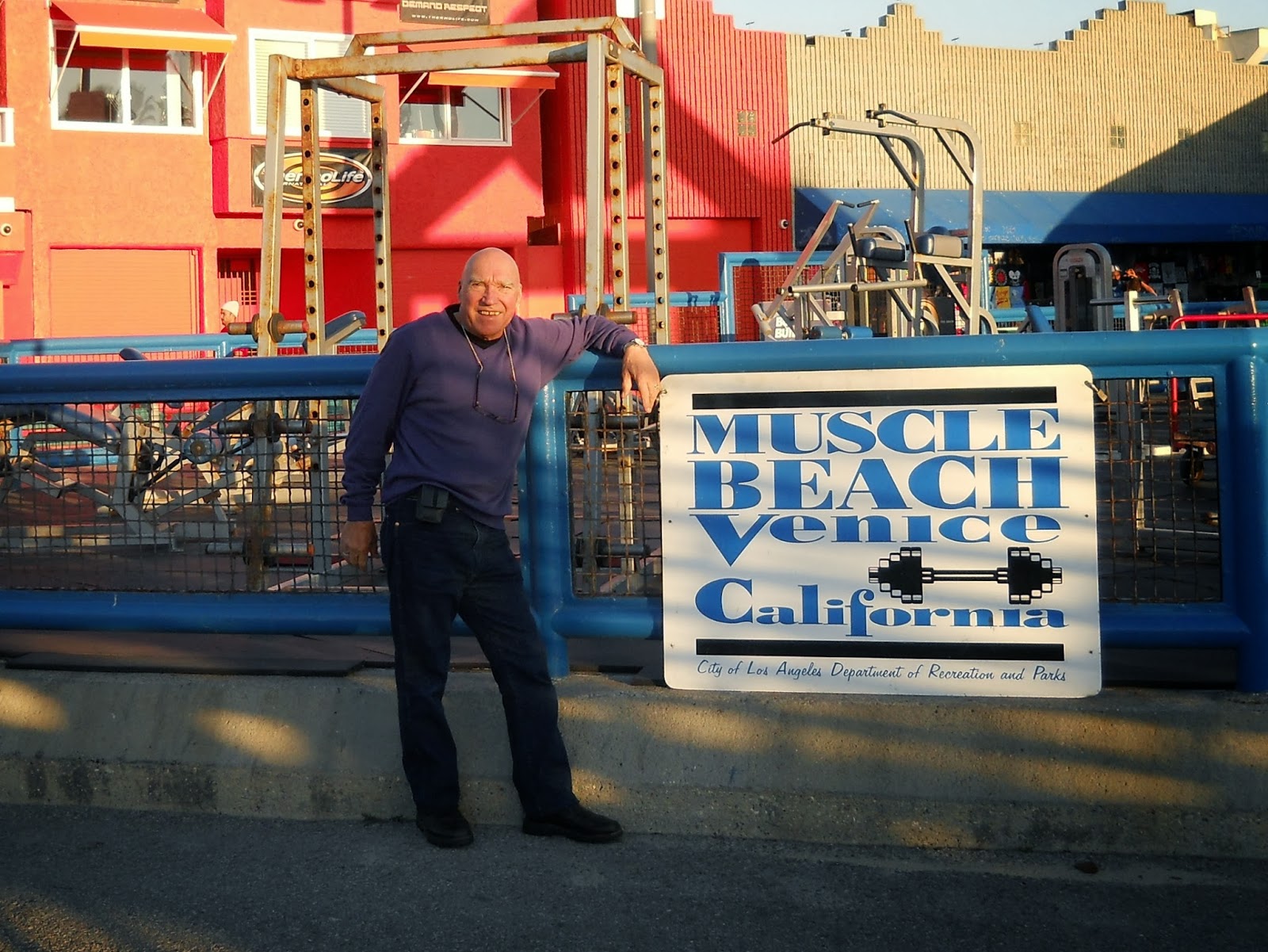 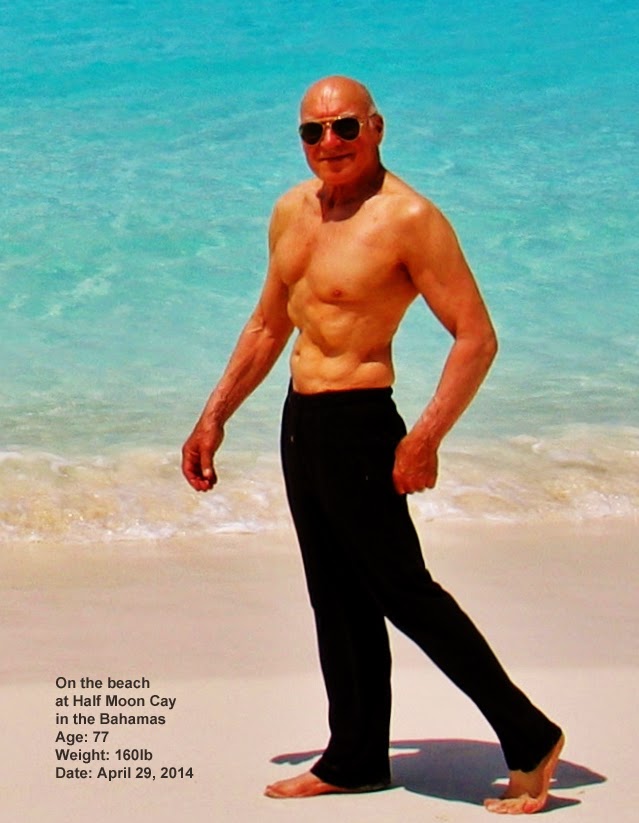 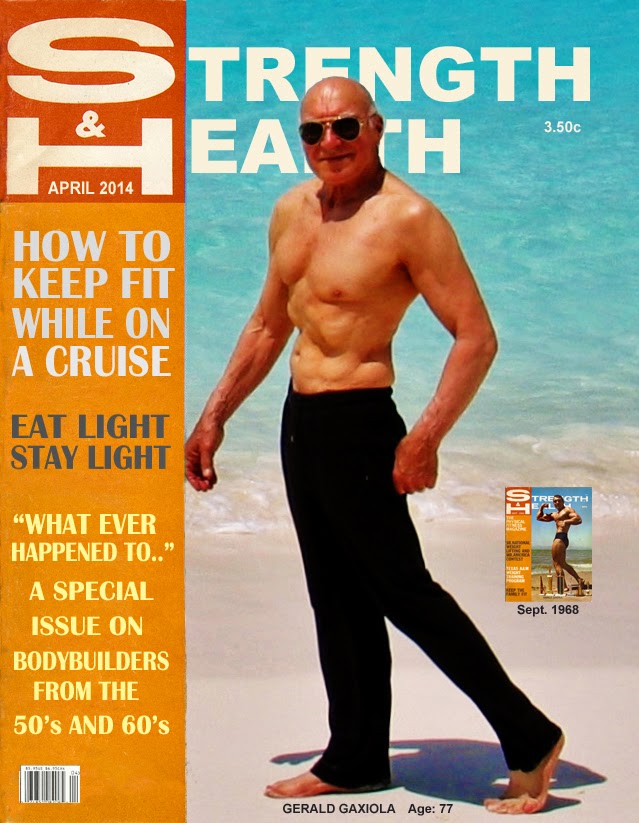 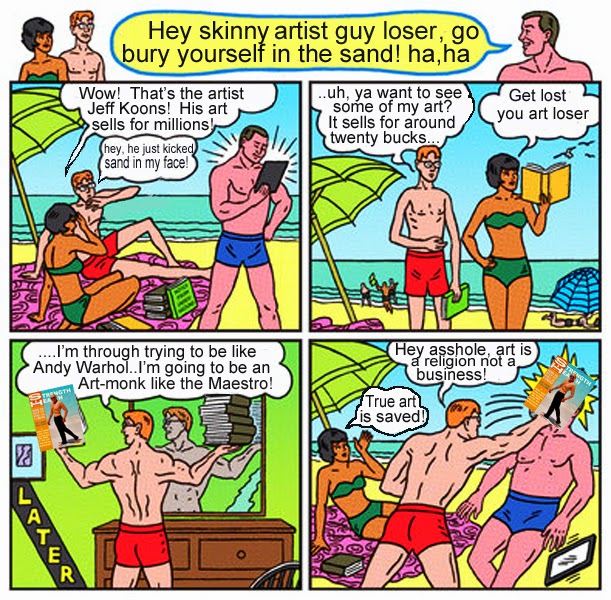