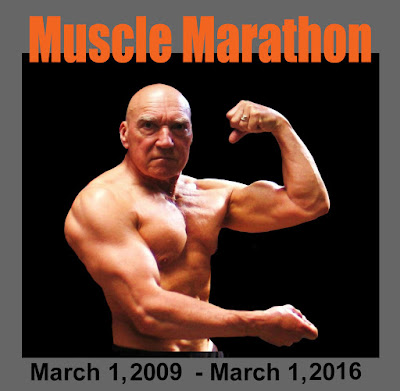 (To go to the first year of my Marathon click here)   http://maestromusclemarathon.blogspot.com/2010/03/to-be-complete-artist-one-must-find.html )

Jack's gym was a no frill gym with free weights, wooden floors, and a small portable shower in a small dressing room out back. He had a few benches and a lat machine, that was it. This was bare-bone training, back before steroids and modern gym equipment and supersized gyms. You were there to train not socialize.

So I trained hard drank a quart of milk a day and ate a lot of food.  In two years I gained twenty pounds of muscle and I had my first picture in a muscle magazine.  In 1964 I started training at Mitch's Albany Gym which was a more up to date gym with more equipment.  I was able to expand my routine and soon I started entering weight lifting contests as a power lifter. Then, in the mid sixties, I started entering bodybuilding contests.

In September 1968 my photo was on the cover of Strength & Health Magazine. It was a high point in my bodybuilding career.  However, in 1966 I had started art college so my attention was divided between the physical and the spiritual culminating in my quiting my job in 1969 to devote my life to art.  My training trailed off until I eventually quit bodybuilding entirely in 1970. I was 24 when I started and 34 when I stopped. For the next forty years I lived the "artists life": smoking, drinking beer and wine, and eating whatever I wanted.

My second round of body building, which I called my Muscle Marathon, inspired by Japan's Marathon Monks of Mt. Hiei - started in 2009 and lasted seven years - starting in March 2009 and continuing until March 2016.  I was 72 when I started and I am 79 today and will be 80 in November. This time it was more about my health - both physical and spiritual. I stopped smoking, drinking beer and wine, and I now eat a strict high protein low calorie diet and drink a lot of water.

When I set a goal of seven years of strenuous bodybuilding I didn't know if I could regain any of my former size and strength at the advanced age of 72. Needless to say I was surprised that I started showing muscle gains after a little over a year of training.  That encouraged me to push myself harder to the point where I regained some of my old size and shape. It wasn't easy, I suffered a lot of torn muscles and joint pain because I was using maxim weight to gain more muscles.  However, for the second half of my marathon I began to train less vigorously so that I could concentrate more on the spiritual side of weight training.

Most people believe that weight resistance training is only about ego - and for some it is.  But for me at this age it is more about health and personal awareness. I believe that how one looks, how one acts, and how one presents one's self reflects one's innermost workings.  I believe one should try to project a seamless example of spiritual and physical harmony. Morihei Ueshiba said, "The purpose of training is to tighten up the slack, toughen the body, and polish the spirit."  I  believe the techniques used for building muscle can also be used to cultivate spiritual knowledge, virtue, and love - important things as one grows older.

My plan now is to continue training into my eighties, except that it won't be strictly bodybuilding anymore. What I plan to do now is just to work a simple muscle maintenance program which will also include some Chinese Qidong.  It will be training on a much less rigorous schedule: three sets of ten reps with moderate weight using the basic exercises that I learned from Jack Delinger back when I first started weightlifting.  It will be on a two or three times a week schedule. My diet however will stay the same because it works so well. I weigh in at 160 -163 lbs and I'm holding steady at that weight.

My hope is that with this muscle maintenance program I will to continue the balance I now have between the physical and the spiritual - which is something I wanted to do when I started my Muscle Marathon.

Now that my muscle marathon is over I want to thank all of the people who have supported me throughout this seven year marathon, particularly my wife Alice who had to put up with my demanding schedule and eating habits.  I couldn't have done it without her support and for that I am forever grateful. I also want to thank the thousands of people around the world who have followed my blog and watched my posing video. (over 80,000 and still counting)

I will end my marathon by saying that your body is the most valuable thing you own.  All the money in the world cannot buy you a new one.  It is imperative that you strengthen and preserve, for as long as you can, the only one you will ever have. Eat well, exercise, and try to live in harmony with the universe.

I wish everyone good luck, good health and may you all have long and healthy lives. 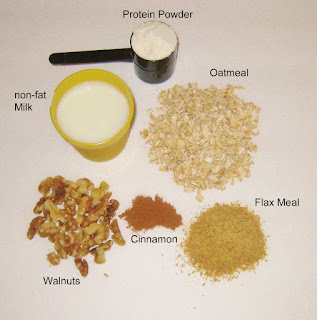 This is what I eat for breakfast every day 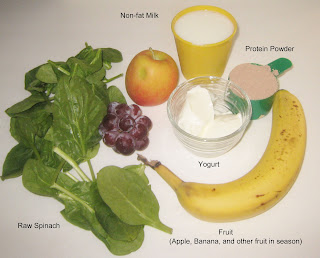 This is what I eat for lunch everyday 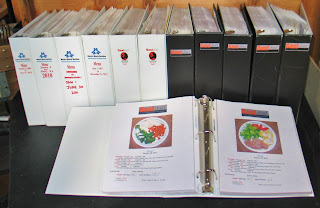 These twelve binders contain a seven year record of my food consumption with daily photos, calorie and protein amounts consumed, and a record of my body weight (taken twice daily).
My dinners varied so I took photos of all my dinners.  I  also took photos of any breakfast and lunch variances that occurred when I traveled. 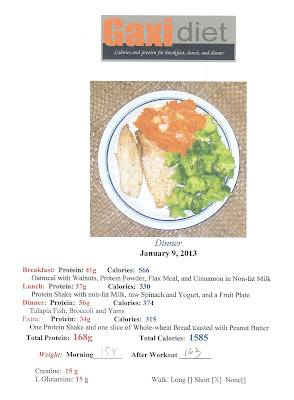 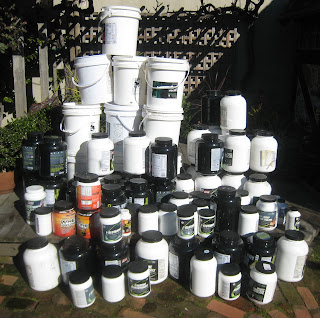 These protein containers are from the protein I consumed over my seven year marathon.  I consumed over 360 pounds of whey Isolate Protein plus Creatine and L-Glutamine supplements.  The large white buckets contained 15 pounds of protein while the rest are mostly 5 pound containers. 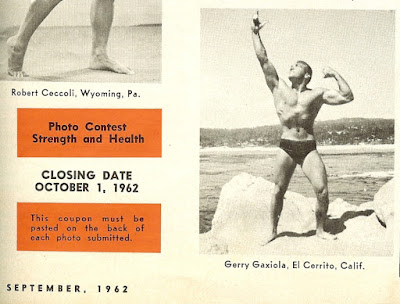 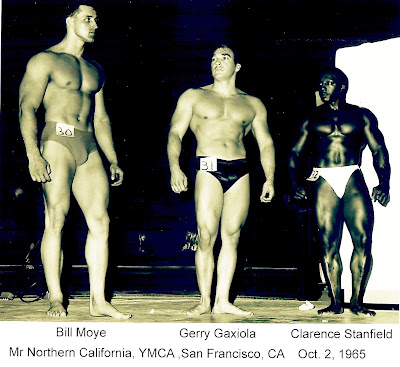 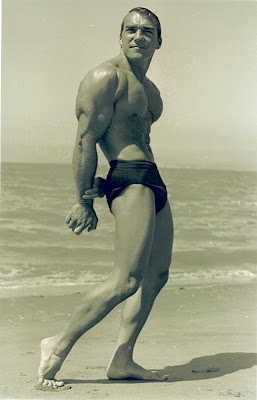 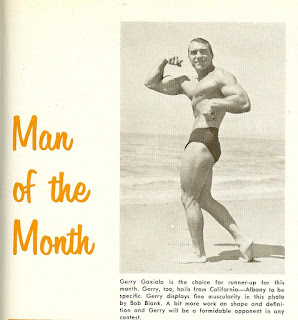 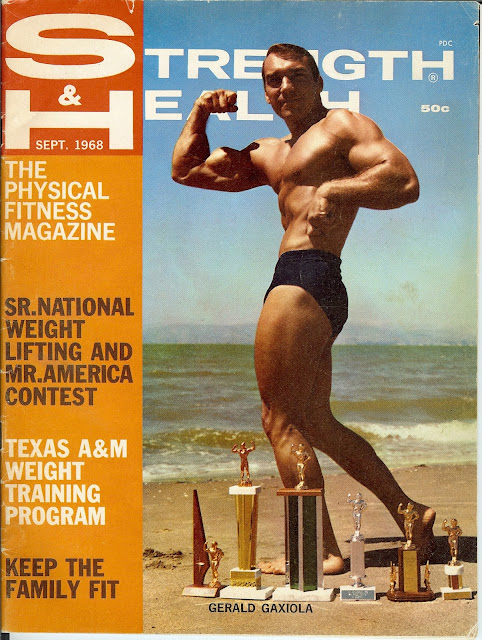 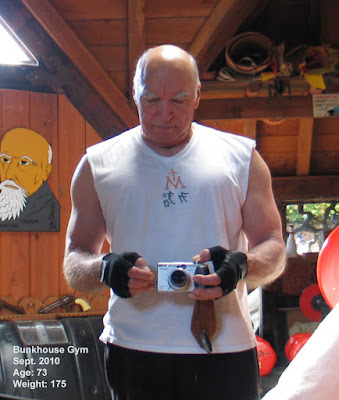 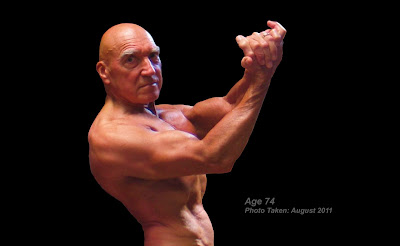 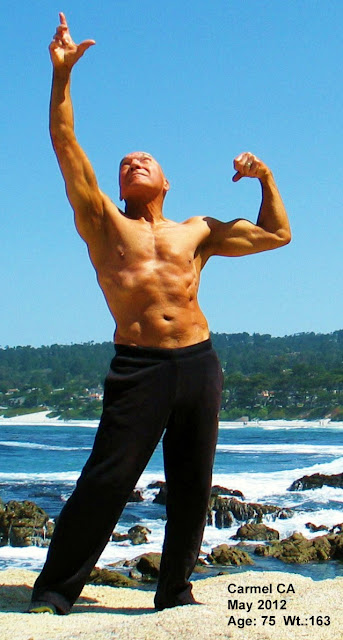 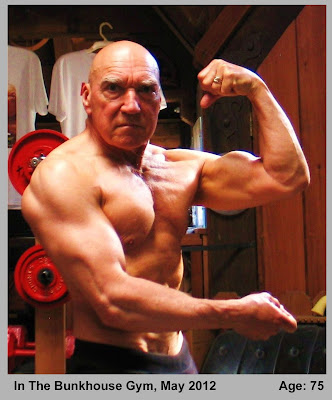 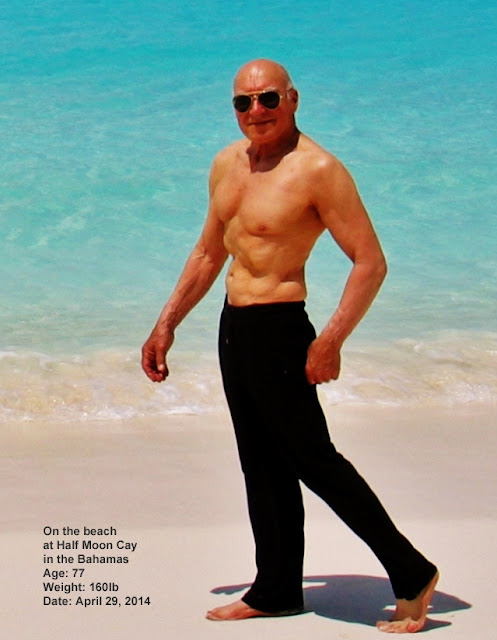 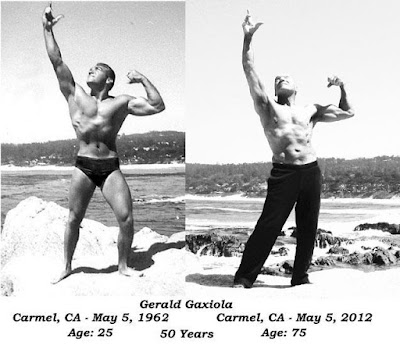 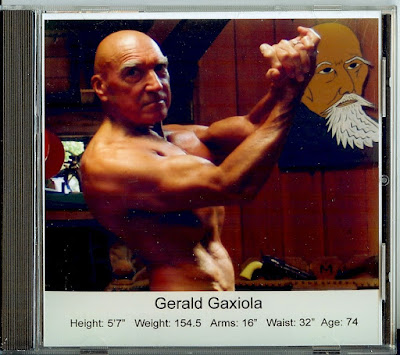